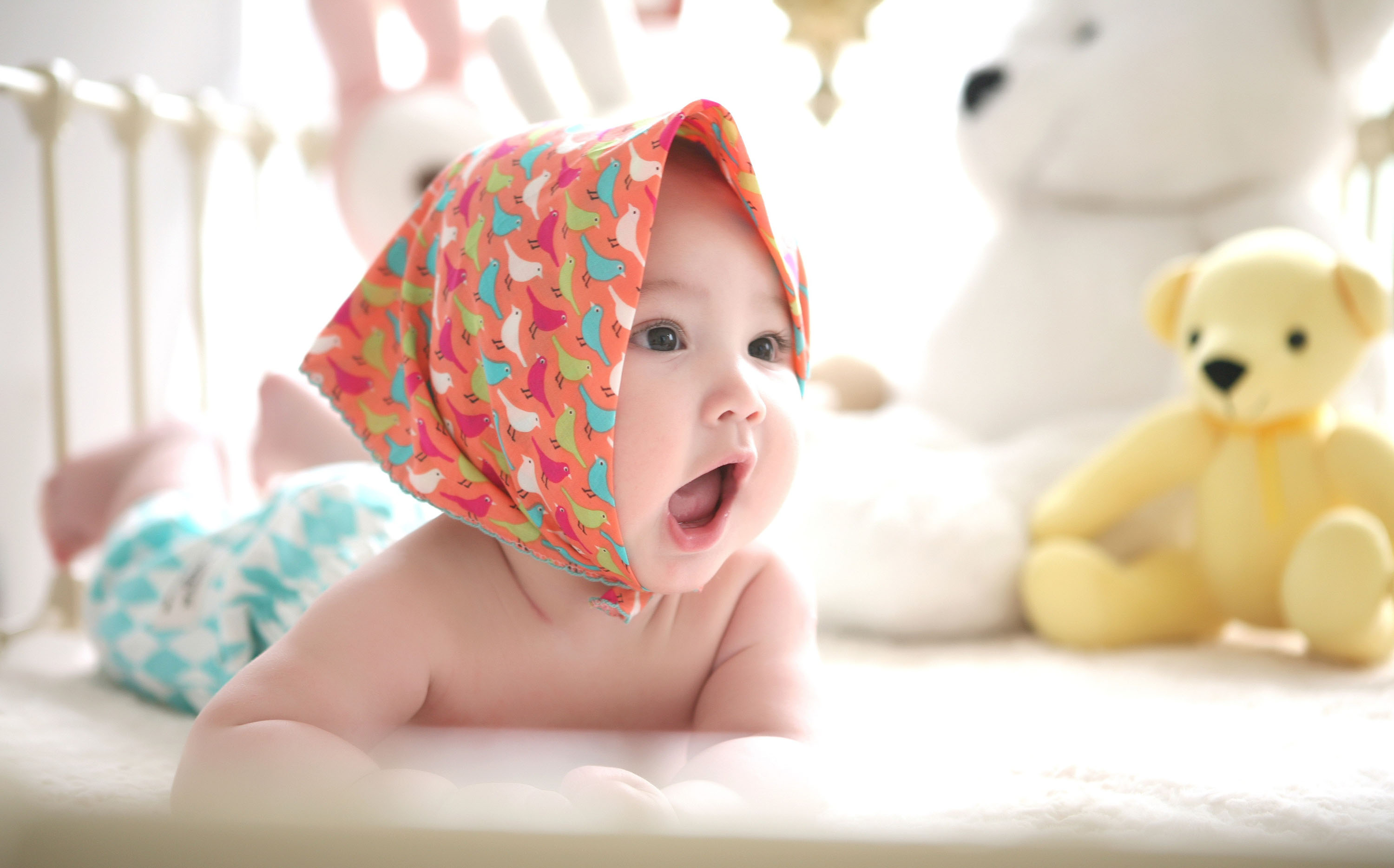 Adults can’t learn a language as well as children can. Everybody knows that, right? Lots of research papers “prove” that after a certain age we can’t learn grammar and pronunciation to the same level as a native speaker (never mind that nobody seems to agree on what that age is). Well, I beg to differ. In this post I’m going to discuss why both popular belief and all that research are a result of flawed reasoning and how adults can learn a language as well and as effortlessly as children. Here’s a clue: be a child.

Note: In this post I’m going to use the word “child” to refer to people below the age at which it is usually believed that you can become a native speaker of a language (5 to 11 years of age depending on the source), and “adult” to refer to people older than that.

Children are perfect language learners. They all acquire their first languages to fluency without a trace of an accent. Adults, however, seem to have a much harder time learning languages, and for the most part don’t manage to get close to a native level. Some still have thick accents even after decades living in the country. It would therefore seem that the age at which we learn a language makes a big difference. However, what nobody seems to be paying attention to is that children and adults take two completely different approaches to learning a language.

When children move to another country with their parents they are thrown into schools where all their teachers and peers speak a different language, and they are expected to simply absorb it. For teenagers or older people, it is assumed that they can’t do that, so we make them attend language courses and provide them with other kinds of explicit instruction. Since they use completely different methods to learn the language, how can we compare their achievements considering only differences in age?

Let me explain in more detail how the two learning approaches differ and why it’s important.

Compared to adults, children have it really easy. Everything in their environment is set up so they will learn their first language perfectly. Everyone in their close environment speaks the language, so they have a strong motivation to learn it. They can’t give up since they have nowhere else to escape to. All these things help a lot with their motivation. However adults can also find ways to motivate themselves to not give up. I think that’s an interesting topic for a blog post, but I’m going to leave that for another day. Today I want to focus on a different aspect:

There’s an important characteristic of the way children learn that affects the way language enters their brain.

Children don’t think about language before they become fluent. Nobody has told them they should think about grammar rules, or has taught them how to do it. They don’t know what a verb or an adjective is. For the most part, when a mom, trying to get her child to speak, repeats “mama, mama”, the child just stares back, probably wondering if there’s something wrong with her mother. Without all the learning activities typical of adults they still manage a 100% success rate at becoming native speakers of the language. The only thing all children do at the beginning is to listen to people speak the language and extract meaning by relating what they hear to real-world experiences.

To different degrees, adults also do what children do. Even those who take a language course are exposed to certain amounts of authentic language in context. More advanced learners do it even more as, feeling more capable, they start having more exposure to authentic language: watching movies, reading books, engaging in conversation with native speakers, etc.

There is, however, something adults do that prevents them from learning the language as well as they could: thinking. Adults are capable of consciously thinking about the language. That includes thinking about grammar rules, translating in their minds, remembering foreign language words in terms of their spelling, and trying to put sentences together before having an intuitive feeling for the grammar. The more learners do this kind of conscious studying, the more neural connections to the their first language are made in their brain. The result of that is, of course, not very pretty, since it produces a mess in the brain, mixing the first language with the new language. This has many negative consequences: Bad pronunciation, borrowing of grammar patterns from the first language, mistaken usage of cognates, mistaken intonation, etc. The worse these are, the more problems a learner will have in understanding and being understood.

The good news is that, in spite of what you’ve been told all your life, to learn a language you don’t need to do any of the things that adults do. You can learn a language by doing the same things children do. Actually you can learn it to a much higher level if you do only what children do. Instead of making connections in your brain to your first language, start building the language in your brain completely from zero, as bilingual children do. By just getting input and paying attention to meaning rather to how things are said, you give your brain the chance to build the sound system and structure of the language without interference.

It can be hard though to let go and not think about the language, especially if we want to learn it. We have been told since we were children that we need to study a foreign language to learn it. Therefore it can be hard to avoid translating a word in our heads, avoid holding onto a new word, avoid wanting to know its spelling, or avoid wanting to review it later. In a sense it’s ironic, because the more we want to learn a language, the more effort we tend to make, and the more counterproductive that is. Some of the best examples of achievement in foreign language acquisition come not from people who were interested in the language itself, but from people who were interested in the relationships they made with native speakers (Armando’s case).

One way we can avoid thinking about the language is to do things that really captivate us. When completely immersed in a situation, in the meaning that is being communicated rather than in the form or in the words that are being used, we become better learners. To achieve that we can try as much as possible to do things that themselves have a purpose other than learning the language. Doing crosstalk with people we authentically enjoy spending time with, watching documentaries, reading blogs we are really interested in, or watching comedy or movies with actors we really like.

What teachers can do

As a student it can be difficult to find those captivating situations, especially at the beginning. Teachers, though, have the opportunity to provide their students with such experiences, but they need to loosen up and make the class fun and interesting. Telling stories, either from one’s personal life or fictitious ones, is a very good way to get students engaged and not thinking about structure. Being humorous and playing the fool is consistently well received by both children and adults.

At beginner levels you will need to provide as much context as possible. Pictures, gestures, and a lot of drawing on the blackboard will be necessary, but with a little bit of practice you can learn how to tell a story to a complete beginner in the language. Even as a teacher, you will benefit from doing crosstalk to practice your non-linguistic communication abilities and to learn to appreciate the level of understanding of your students. Señor Howard has many interesting tips on how to do that.

Throughout this post I’ve explained my best guess about the difference in language learning between children and adults. There are of course other possible explanations to why children are better at learning languages than adults, and I want to mention the two most common ones and my take on them:

I’ve tried to explain as clearly and concisely as possible what I think the difference is between children and adults, and how being more like children can help us become better at learning foreign languages. The main reason for that is that adults know how to think about language and that causes interference from their first language. Stephen Krashen, known for his comprehensible input hypothesis, goes almost there by explaining that, even as adults, we acquire language by understanding messages. However he doesn’t explain why explicit instruction can be detrimental, fact that he mentions himself in this talk. Marvin Brown, on the other side, provides a very reasonable explanation for that in his book From the Outside In, to which I owe a great deal of my ideas.

An additional benefit of acting more like a child when learning a language is the reduction of stress thanks to not having to memorize complicated grammar, practice pronouncing strange sounds, having to assemble together sentences before you intuitively know how to, and having to speak in front of other people before you are ready.

I know that the opinions expressed in this post are quite controversial, and maybe not many people will agree with me. Still, some rare people are found here and there around the world who have mastered a foreign language as adults to the point at which they are mistaken for native speakers, and I think the ideas expressed in this post may be a step in the right direction to replicate their success and get many others to benefit from it.