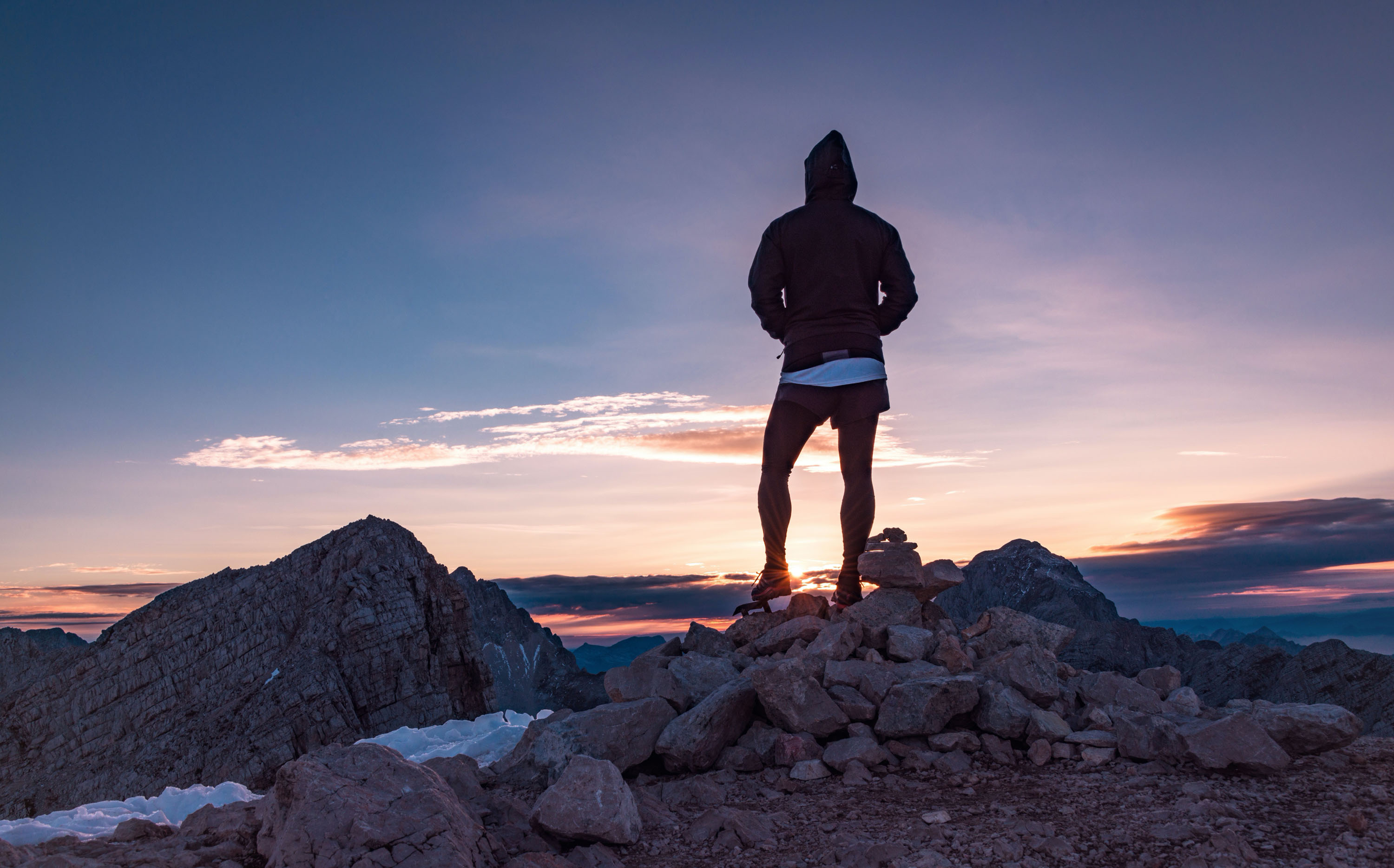 The plateau of language learning. A term so often mentioned that few would dare questioning it. In this post I’m going to try to uncover its nature, explain why it is not what many believe it to be, and how knowing that can help us avoid it entirely.

First let me explain briefly what I mean by plateau. When applied to language learning it usually refers to a long period of time in which you feel like you are not making much progress, even though you are still making an effort to continue improving. You feel like your efforts are in vain and you haven’t progressed for the last week or month. This often happens at the intermediate level, after quite a while of studying but before reaching fluency. This is the definition of plateau I’m going to use in this post.

I’ve seen the term also used with slightly different meanings to refer to a period of time in which you don’t learn much because of other reasons. Things with higher priorities come up, you get comfortable at the level you’re at, etc. If you are interested in this, you can head over to this other blog where the author covers those cases pretty well.

This feeling of being stuck is usually attributed to language learning having diminishing returns. All languages have the property that a very small amount of vocabulary accounts for a very big percentage of actual usage. A figure that gets thrown around often is that 2000 words represent 80% of the occurrences of words in an average text.

When you start learning a foreign language you try to make the most of your time, so you start by learning vocabulary that is used very often, and you progressively learn less and less commonly used words. This is assumed to mean that you get less and less feeling of progress.

Until a few years ago I would have agreed with this stance because of my experience with English. I started studying English in school at around age 10. During a few years we kept learning new vocabulary and grammar points, which kept it interesting (I actually like learning grammar, even though you wouldn’t think so based on how much I vilify it). After 6 years of studying, we had apparently run out of grammar that’s easy enough to be taught in class, so we started going over the same stuff over and over. The last 2 years of high school we didn’t make any progress at all.

However, something happened later that made me rethink the inevitability of reaching a plateau. The first language I started learning by myself from zero was Japanese, and when learning it I took such a different approach that completely changed my perception of what it means to make progress when learning a foreign language.

To learn Japanese I got rid of grammar explanations, conjugation tables and any kind of rules. I just immersed myself in the language and simply got used to it. I would spend every possible moment listening to or reading something in the language. Eventually I would reach a level I was satisfied with (being able to discuss any general topic or any topic that interests me, function in society in all situations, understand movies, etc.).

The most important though is not my final attainment, is that I reached that point without feeling any period in which I was not making progress. Certainly the vocabulary and expressions I was learning were getting progressively more specific, but, every single week I realized I was understanding new words in conversation or reading which I didn’t know the week before.

Something had changed, and my best guess is that it was the way I measured progress. I was no longer measuring how far I had got in a grammar book, or how useful I thought today’s lesson was going to be, like I had done with English. I was measuring how much better I was getting at understanding actual real-life Japanese. But to explain that in more detail I need to first explain the difference between learning and acquisition.

By acquisition I refer to the gradual process of getting to understand the meaning of a word or structure when used in a real-life conversation, which eventually results in the ability to use it fluently without having to think about it. This is what natives and other people who become fluent in the language do.

This is in contrast with learning, which happens when you remember the meaning of a word or a structure by memorizing an explanation or a translation for it, and which requires an extra step when trying to use it or understand it in a text or a conversation. This is what people who take language courses or use textbooks do most.

The illusion of a plateau

Not encountering a plateau when learning Japanese got me thinking, and the conclusion I reached was that the feeling of not making much progress after a certain point is due to traditional language education.

In a sense, traditional language education is filling our hunger for gratification. When studying grammar rules, sentence structure, grammatical connectors and so on you feel like you are learning so much. It feels like you are now going to understand so much more of the language.

However you eventually run out of easy things to learn, and at this point it starts being more about learning particular exceptions, particular nuances of certain structures, or just plain old vocabulary. You start losing steam and things slow down a lot. When this happens it’s always before reaching fluency. This explains the plateau that many students encounter at an intermediate level. You basically run out of things to easily learn about, and the reduced pace fails to match your expectations.

This feels even worse because what you have learned about the language doesn’t help you understand real-life uses of the language, like films, novels, or have a conversation with a native speaker. You were misled into believing that you would be able to use what you were learning in the real world. But in reality you haven’t actually acquired those structures and vocabulary. It feels like you have slowed down, but what really happened is that acquisition of the language has always felt slow.

The progress you make when acquiring a language feels quite different from that of learning about a language. When acquiring language in context, whether you understand a word is not always white or black. Maybe you got a slightly more clear meaning this time, or you understood it in a new situation, or with a figurative meaning you hadn’t heard before. A lot of the time, acquisition just consists on your brain compiling information about the formality, tone, etc. of words you already know so that you can use them in a slightly more native-like way next time.

This doesn’t feel like making a lot of progress because you don’t get to count how many words you learned in one hour, but you make a small amount of progress in a big number of words, and you are actually progressing a lot. You’re actually making much more progress at acquiring the language than with any kind of explicit instruction or learning.

What to do about it

To avoid encountering a plateau we should change our focus from learning towards acquisition, and try to acquire language as used by natives in context, without grammar explanations and without using translation. If we avoid confusing learning about the language with the acquisition of the language, the place we draw gratification from will change completely. If you do that you won’t get the artificial feeling of progress you get when learning from a book or going to class.

You will need though to lower your expectations, and you will develop a quite different way to evaluate your progress. You will start noticing that you are understanding words or nuances of words that you didn’t understand just a while back, and you will feel a steady progress towards your goal of being able to understand and speak a foreign language fluently the same way natives do.

To accomplish that I would suggest to get as much immersion in the language as possible. Watch and listen to media for natives, make friends in the language, find activities you really enjoy that you can do in the language (reading novels, playing football in a local team, whatever). Avoid language courses and textbooks. I would also suggest to stop asking the why of things. Most of the time even natives don’t know, and there’s no real “why” in a language to begin with.

If you are teaching a foreign language course, stop teaching your students rules or vocabulary lists and stop making them practice, which only reinforces their knowledge about the language. Start providing them with content in the language that is compelling and at their level, either by supplying it yourself or by recommending media in the language for them to watch or read.

If you have the freedom to do so, change the way you evaluate your students. Instead of making them take exams and score them in artificial skills that they are never going to use in the real world, use your intuition for how much they understand from the input they are getting in the target language. Adapt the level to that and progressively introduce more complicated vocabulary and expressions. By changing the way you evaluate them you can change the way they themselves evaluate their own progress, and reduce the frustration that most students feel that leads them to completely abandon the foreign language.

The case of a similar language

In that case, your ability to understand the language grows very fast at the beginning. All the similar vocabulary and structures help you by providing a lot of context. Once you get used to the most common elements that are different in your own language, your comprehension ability skyrockets and very soon you are able to understand newspapers, novels, academic talks, and other formal uses of the language. Movies and fast-paced conversations between natives take some more time, but by far the biggest gap is in the time it takes for you to be able to say all those things that you already understand.

I blame this to the huge difference in the amount of acquisition that needs to be done in between those two stages. There is a lot of vocabulary and structures that you may understand thanks to all the words you already know, but for which you have got really little exposure. You need to get used to all those to the point that they will come to mind spontaneously during conversation, and trying to speak the language too soon can lead to the feeling of being in front of a big wall that you can’t overcome.

In this case I don’t really have an answer to the plateau problem, so feedback is really welcome. I can only suggest enjoying all the native materials that you already understand and rest assured that after enough hours listening and reading stuff that genuinely interests you, you will be able to use those words and expressions in a conversation.

In this post I’ve explained that what I believe to be the cause of the language learning plateau is current foreign language education, which insists on learning about the language instead of getting us to actually acquire the language, and that it can be avoided by a more immersion-based approach that prioritizes learning authentic language in context over artificial rules and meaningless practice.

I think this is one of the biggest reasons why people give up learning a foreign language, and many more people would succeed at it if we adopted a more immersion-based approach and changed the way we evaluate progress.