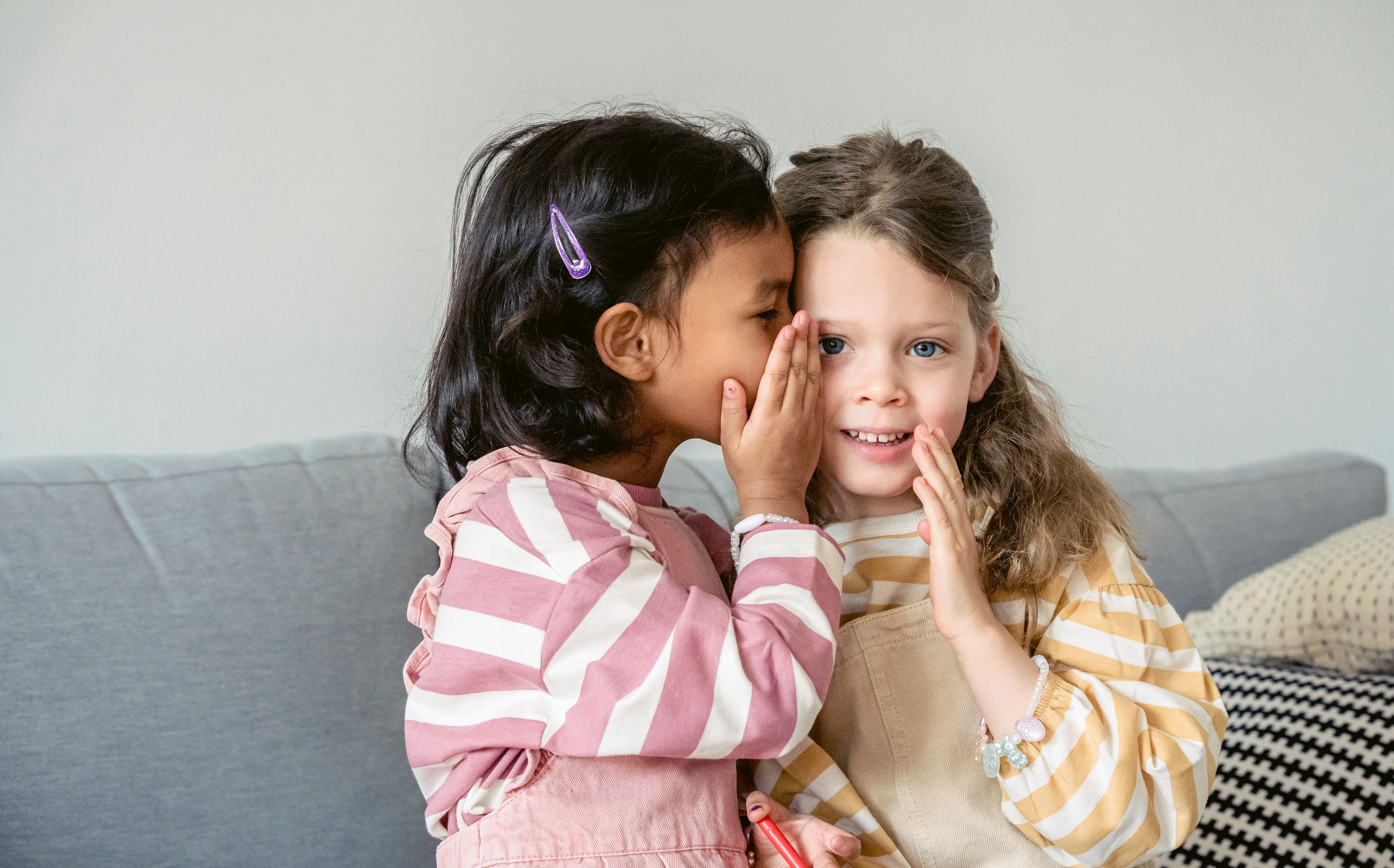 Something drew my attention when I was in Japan. Some people I met had a curious accent, something that was not the typical accent of a Japanese person. I had encountered it before, so this is by no means exclusive to Japan, but I had never realized what it meant in terms of language acquisition, or tried to reason why such a thing happened.

Before I get into this any further, let me clarify why I decided to write about accent. People shouldn’t be discriminated or embarrassed based on having an accent. Many of us simply learned a foreign language the way we were told to, and it had the results it had. Even my own accent is not perfect when speaking foreign languages, and neither am I arguing that by following my methods you’ll end up being indistinguishable from a native speaker. This post is not meant to embarrass or criticize anybody. Still, pronunciation is an important part of making ourselves understood by other speakers of the language, and having clearer pronunciation will always be better for communication, and to put less strain on the people listening to us. But the main reason I want to discuss accent is that finding out why accents happen can give us a lot of insight into the process of language acquisition.

So, what is this “curious accent”? You see, the accent of most speakers of a second language lies on a spectrum, going from an accent that is indistinguishable from that of a native speaker, to the strongest accent you can imagine, basically speaking the second language using exclusively the sounds of their mother tongue. Most people lie somewhere in between, with very few people getting close to sounding like a native speaker, and most people ending up with a mixture of the sound systems of the two languages. If you have read my other posts, in particular How to Play a Foreign Language, you will know that I believe that the position where people end up on that spectrum depends on how much listening they do before they begin speaking and reading.

However, some people don’t lie on this line. They have a kind of accent that I can only define as “artificial”, or “forced”. Their accent can’t be explained in terms of the sound system of their first language. We need another explanation for why that happens. In this post I’m going to explain my hypothesis, why it can help us better understand how we learn languages, and how it fits in with the rest of Comprehensible Input theory.

You may have met some people that present this phenomenon, or maybe not. I know I have met a few, and it’s very clear to me when one person has it. They sound very different from other people who have the same mother tongue when speaking the same target language. It is even quite possible that the same person may have this kind of artificial accent in one of the languages they can speak but not in another. I myself feel like I may have some of this artificial accent when I speak English, but it’s hard for me to evaluate my own accent objectively. I do also have a hypothesis for how I ended up with it, which I will talk about later on in this post.

How pronunciation is acquired

To understand how some people may end up with this artificial accent, we first have to look at how accent and pronunciation are acquired.

Consider what comes next as my current level of understanding on the topic, based on extensive reading of research, personal experience learning languages, and direct observations of other learners, but also open to being updated and improved:

When we listen to the language we are learning, our brain progressively adds more and more information to our knowledge of the sounds of that language, and gradually builds a mental image. There are a range of sounds that a phoneme can have. There will be differences in pitch, coarseness of the voice, clearness, and many other variables that will be different from speaker to speaker, and our brain needs to pile up a lot of information over time to figure out the whole range of sounds that that specific phoneme can have. Over time, that will build the mental image of the sounds of the language. Babies do this naturally. Since all the information they use to build up this mental image comes from the outside, and mostly from other native speakers, they will grow up sounding like native speakers.

However, adults can interfere with this natural process. Unlike children, many adults believe that they have to actively try to learn if they want to get good at a language. They do things like practicing speaking, practicing pronouncing individual sounds or words, and practicing reading. If they do that practicing before the mental image of the sounds of the language is completely formed, they will pronounce the sounds out loud or in their head in a way that can never be the same as the ones made by native speakers. Because for them to be the same, their mental image would need to be completely formed already. Therefore, the sounds they hear in their head when they read, or the sounds they make when saying words in the language, must come from somewhere else. The difference between a “natural” and an “artificial” accent is where this information comes from.

Let me explain. Many people are quite laid back about their pronunciation, or don’t want to try to imitate the sounds of the foreign language out of embarrassment. In that case, their brain will do the easiest thing, and resort to using the sounds of their native language when practicing speaking and reading. They already have those sounds anyway! They may even be actively encouraged to use only sounds of their first language, since it may be the only way to pronounce the target language that doesn’t get their classmates laughing at them. The mental image of their first language will then become connected and get mixed with the developing mental image they have of their target language. The words of the foreign language will become tightly connected to the sounds of the first language, and this will end up in the usual accent that people have in a foreign language, which is different depending on their native language. Depending how early and how much speaking and reading they did early on, they will end up on different points along the spectrum that we mentioned before: from speaking using only sounds of their mother tongue, to having a very minimal or even indiscernible foreign accent. Note that this “laziness” or unwillingness is not necessarily a deal breaker, and by delaying speaking and reading they can end up with a desirable really good accent.

So, if the mentioned “natural” accents, including the desirable minimal accent, happen when people are not concerned about native pronunciation or unwilling to imitate it, you can imagine who ends up with the mentioned “artificial” accent.

Yes! People who are concerned about having good pronunciation, and who actively practice pronouncing words in the foreign language.

If you try pronouncing words in the foreign language before you have a clear mental image of the sounds of the new language, your brain has to use something else, since it doesn’t yet have that mental image and can’t access it. As we mentioned before, babies grow up to become native speakers because all the information they use to build up their mental image comes from the outside. Adults can interfere with that process and end up with a nonnative accent, grammar, and word usage because they can use information that comes from within themselves. In the case of the “natural” foreign accent, the information that the brain uses comes from its own knowledge of the sounds of the first language. In the case of the “artificial” foreign accent, that information comes from the conscious mind.

Yes, that’s the difference. People who end up with an artificial accent are most often very conscientious people who place importance in pronouncing things well. That brings them to use their conscious thinking to try to compensate for their initial lack of a mental image of the sounds of the language. Effectively, by practicing speaking the language (either out loud or in their heads) they’re providing themselves with input.

That input is based on their interpretation of what they hear, or based on explanations of the mouth movements that are required to produce the sounds of the foreign language. Of course, that input is not exactly the same as what they would get from listening to native speakers, because they are not producing it using an acquired mental image like a proficient speaker would. Explicit knowledge of the sounds of the language is necessarily a lot simpler than the implicit knowledge built into a mental image, and it’s ridden with misinterpretations and lack of precision about the exact position of the mouth where the different sounds are produced, of how to transition from one sound to another, and about the rhythm and intonation of the language. So what they end up acquiring is not the same as what a native speaker has.

Again, the effect of this conscious thinking will be mitigated or almost completely eliminated by focusing on listening, and leaving speaking and reading for when the mental image of the sounds of the language is strong enough. This “artificial” accent is not necessarily better or worse than the “natural” one.

I hope you remember what I said at the beginning of this post. This is a post about how to find a better way to learn languages, and it’s not meant to criticize anybody, and much less the people who have spent lots of time and effort learning a foreign language, no matter what results they got.

The point of this post is not even to argue whether it’s better to have the “natural” foreign accent versus the “artificial” accent, or even argue how much effort should be made to get a better accent. The point is rather that by knowing what the nature of accent is, and learning more about why it happens, we may find that there’s no need to make a compromise and that a better, more understandable pronunciation is achievable without necessarily spending more time to learn the language, and quite possibly with less effort.