The Tyranny of the Written Word 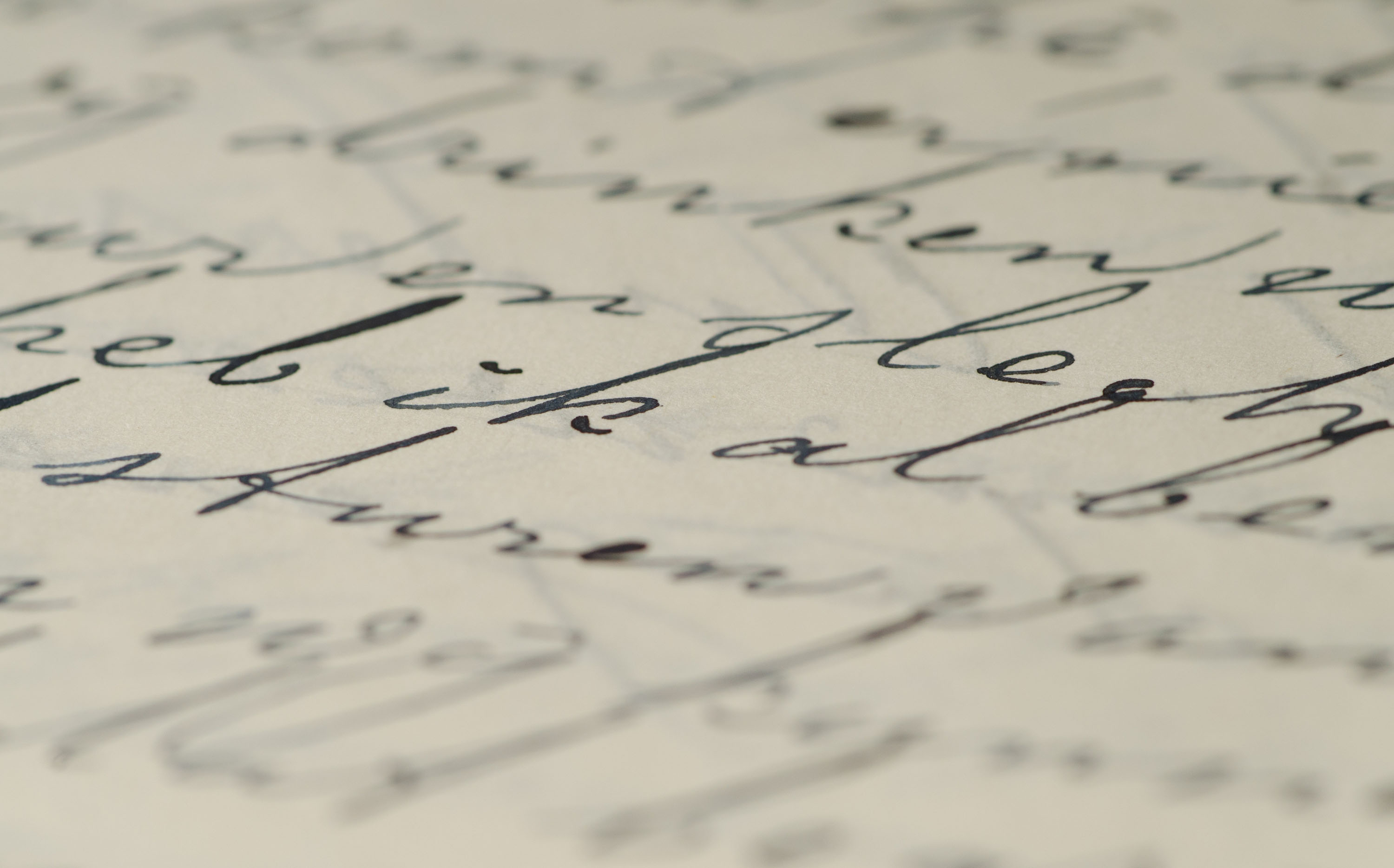 This post is about how reading and writing in a second language before being able to speak it can cause problems, why those problems happen, and how to avoid them.

In traditional foreign language courses, reading is one of the first things that students are taught. It’s not uncommon for the first few lessons of a beginner’s language class to introduce the sounds of the letters in that particular language or the alphabet of the language in the case it uses a different one. It seems very logical to do so. You need to know the letters to be able to use any kind of textbook, which, after all, is what you’re in school for, right?

Testing is the main reason for students to rely heavily on written materials at the beginning. Teachers need an easy way to score students, even if that means using artificial tests that have little to do with real-world language ability. Another reason why reading is taught early on is the illusion of easiness. Read The Mythical Visual Learner to know why I consider it an illusion. Students also find that activities that involve reading and writing are easier than listening activities. Even if, again, they do very little towards helping the student use the spoken language.

To be completely fair, books have been traditionally easier to get access to than native speakers of a language. Listening materials haven’t always been available either, especially at a level that beginners can benefit from. But with current communication technologies and the abundance of audiovisual material in basically every major language, this is no excuse anymore.

Nowadays, with such resources being plentiful, easily accessible, and cheap, it makes much more sense to start reading and writing a language when you’ve reached some basic fluency with it, as children do with their first language.

Even if it may seem convenient to be able to use textbooks and native textual resources, reading too early can affect negatively your acquisition of the language. There are very strong associations in your brain between the sounds in your first language and the letters of the alphabet. If you start reading early on you can’t avoid associating the sounds of your first language with the words of the new language. For people aiming at becoming proficient in the spoken language, reading is better left for when basic fluency is achieved.

My personal experience is an example of such a case. I started learning English in school at around age 10. We used a traditional method based mainly on reading. The result of doing that is that, even now, when I read English it still sounds in my head suspiciously close to Spanish, even though since then I’ve listened to it for thousands of hours. It actually sounds much closer to Spanish when I read it than when I speak.

Let me walk you through what typically happens in a classroom setting and I think it will become clear how broken the whole premise is.

In the usual approach to learning the pronunciation of the alphabet in a foreign language, the teacher will list one by one the letters he or she considers to be “different enough” from the ones in the native language of the students. The teacher, hopefully a native speaker, often not, will pronounce the letters out loud and expect the students to remember them. The pronunciations can be accompanied by some explanation about the general shape of the mouth, tongue and lips necessary to produce the sound. The teacher may then ask the students to practice making the sound. After single letters, combinations of letters may be introduced.

In the case of somebody learning a language on their own, the kind of information they receive is often not very different. A rough explanation of the pronunciation of the letter can be written in a textbook, and that can be accompanied by a recording of the pronunciation by a native speaker. The student may listen to the recording several times and try to practice making the sound.

Now imagine that it is you in the classroom or learning on your own. You hear your teacher make a sound that’s completely unfamiliar to you, and try to imitate it as well as you can. After all, you are a very motivated student. You realize the importance of having a good pronunciation to be understood, and you have the self-confidence necessary to break past the embarrassment associated with producing an unfamiliar sound. Unless you are a gifted student, you will need a few tries to get an acceptable result. Still it won’t be perfect. Nobody would expect you to correctly coordinate the approximately 100 necessary muscles just after hearing the sound a few times. After practicing it for a while, you have heard yourself trying to produce the sound more often than you have heard a native produce it. It starts getting mixed in your head, and you don’t know anymore if you are placing your tongue in the right position, or if you should move it back a few millimeters.

And then you start reading. You read to do your exercises. If you are more of an independent student, you may start to read easy texts in the language early on. Every time you come across a letter when reading, you produce the pronunciation in your head. But it’s not the original pronunciation. It’s a pronunciation based on limited input and affected by your own attempts at producing the sound.

And then you go on reading. Every day that you read in the foreign language you encounter that sound a few hundred times, and that serves to reinforce an inaccurate pronunciation in your head. The result is a pronunciation that is far more influenced by your existing assumptions and preconceptions than by the actual way natives pronounce their own language.

Languages that use a different writing system are not safe from this problem either. If you learn using a book or a website, you’re going to learn the new letters through the letters of the alphabet. Even if you try to avoid that, and try to just listen to the sounds of each character, you can’t help imposing your own assumptions on their sound. You can’t possibly figure out the whole extent of pronunciations of a letter and how it changes depending on so many factors. Check out the post “You’re not stupid” to read about why sounds (phonemes) in a language are actually quite complex things.

Many learners seem to focus on learning many words fast first and then trying to improve their pronunciation later by practicing. But why learn things wrong and then have to spend time fixing them when you could learn correctly from the start? Nowadays, with plenty of material to listen to there’s no minuses. You need to form the mental image for the sounds of the language anyways, and once you do that it becomes much easier and faster to learn new words.

Pronunciation is a tricky aspect of foreign languages that causes problems for many people. But we shouldn’t allow that to discourage us, and especially, we shouldn’t rationalize our lack of trying. I’ve met many people who do that. They say that getting good pronunciation is not important, since they’re not trying to be mistaken for native speakers anyways. But that’s not the main reason to aim for good pronunciation. It is simply a necessary condition to be able to have smooth, effortless conversations with other speakers of the language.

Broken pronunciation affects communication and makes other people have to constantly make an effort to understand you. It may not seem so at the beginning, but when you start meeting speakers of the language, not having a good pronunciation starts bugging you. Very often people won’t understand you, even if you think you have very convincing pronunciation.

I remember one particular instance that happened when I was living in California. I went to the supermarket and I asked for jam, fruit jam. They had no idea what I was asking for, even after I repeated the word a few times. This happened even though otherwise I considered myself totally fluent in the language. I’m still working to fix my pronunciation after 10 years!

Pronunciation problems happen more dramatically to people who spend a lot of time reading in the foreign language. In particular, I’ve seen this happen with graduate students. I’ve met quite a few foreign students in grad school and in academic conferences who can read and write but sound incomprehensible when speaking. Some of them were able to give a full 15-minute talk about their research using complex technical vocabulary, but couldn’t understand simple questions that were asked to them at the end of the talk.

So what can we do?

The way to avoid the negative effect that reading too early has on your pronunciation is simply to avoid reading until the sound of the foreign language is very clear in your head.

If you start reading too early, your brain has to try to come up with the pronunciation for each of the words by looking at the individual letters, but it doesn’t have any point of reference of how the word should sound, so it has plenty of space for error. In contrast, if you start reading once you’ve already got used to the sound, the pronunciation for most of the words you are reading is already in your head, and your brain only needs to match the written words to that knowledge. By doing that, you associate a very accurate sound to the different letters and letter combinations, and that will allow you to also correctly pronounce words that you don’t know yet.

My rule of thumb for knowing when to start to read is when the language starts sounding natural to you. I know I’ve reached that point when most words that are used in daily conversation sound clearly in my head when I try to recall them.

If you’ve already got to that level, then you have a mental image of the sound that is clear and strong enough that it won’t be affected by reading. Reading is also much easier if you already know the words, since your brain only has to work on one thing at a time.

In this post I’ve tried to summarize the problems with trying to learn a language by reading early on, the reason why they happen, and how to avoid them.